A small group of wetlands activists enlisted the help of our congressman, Don Edwards in the late 1960’s.  We asked if he would help us establish a wildlife refuge on the Bay because our wetlands were disappearing under steel, concrete and asphalt at a dreadful rate.  For five years, we went around the bay area talking to all kinds of groups to say, “This is what is happening to our special lands.”

It was four or five times that Mr. Edwards submitted his bill, so there was great elation when, in 1972, his legislation was signed into law by President Nixon. We dusted off our hands, and settled back in satisfaction.  But, we had actually acquired an extremely limited kind of habitat, mostly salt ponds.  Where were the grasslands, where were the seasonal wetlands, where, indeed, were the tidal marshes?   We had to fight development as it threatened each site.  Finally, in 1985, after Bair Island had been saved from total development by The Friends of Redwood City, Rick Epstein, sitting at the LaRiviere dining room table said, “Hey, why don’t we go back to Congress and get Bair Island and ALL the remaining wetlands into the Refuge?”

The reincarnated committee became known as The Citizens Committee to Complete the Refuge. Mr. Edwards signed on with us once more, and the ordeal began again.  We educated the public on the value of wetlands to the human population and to wildlife alike.  We printed bumper stickers, put on slide shows, printed pamphlets (like the one pictured to the right), wrote letters to the newspapers, and collected signatures to support the expansion of the refuge. 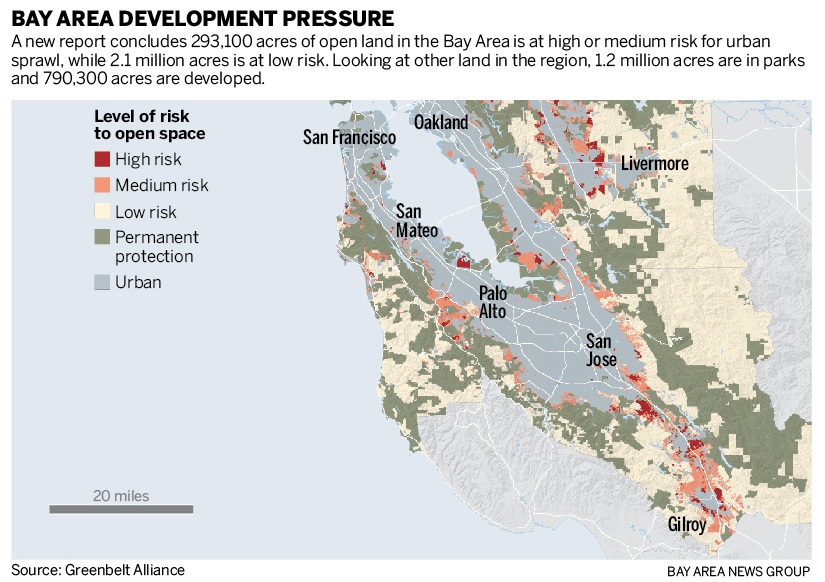 The entire South Bay lay before us, and the question: what lands should be acquired?  One hot summer day, we spread out maps all over a table upstairs at the Alviso Education Center. Those present were:  Roy Lowe, of the Fish and Wildlife Service, Paul Kelly, of the California Department of Fish and Game, John Wade, of the Peninsula Open Space Trust  --all wetland experts-- and Philip and Florence LaRiviere.

The lands identified that day became the basis for the legislation that was enacted in 1988, the first year it was submitted to Congress.  There was a joyous celebration that October day when President Reagan signed into law the expansion of the Refuge.

From then on, it’s been all up to us -- stopping development, finding willing sellers, and searching for funding. Now, with the attainment of our goal within sight, the acquisition of the remaining lands is crucial. You can view the text of the Congressionally approved Land Protection Plan (Refuge Expansion Boundary) by clicking here or you can also view the final Environmental Assessment which contains a map of all the potential parcels that could be restored by clicking here.